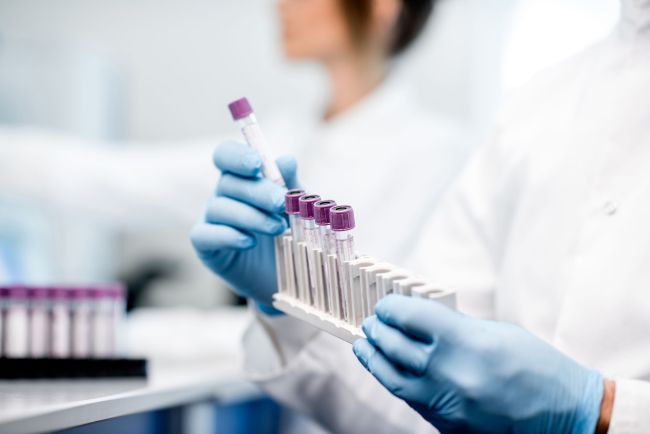 A new saliva test for COVID-19 that can be completed in just a few hours has been authorized for use by the U.S. Food and Drug Administration (FDA). The test has several advantages over traditional nasal swab tests: It's cheap, less invasive and can be performed without the need for certain testing components that have run short during the pandemic.

What's more, the test, known as SalivaDirect, doesn't require any proprietary equipment or technology; and instructions for the test will be made immediately available to laboratories around the country, the FDA said in a statement.

SalivaDirect "is yet another testing innovation game changer that will reduce the demand for scarce testing resources," Adm. Brett P. Giroir, the U.S. assistant secretary for health and the COVID-19 testing coordinator, said in the statement.

Developed by researchers at Yale School of Public Health, the test was recently given to NBA players and staff to help validate its effectiveness.

Unlike nasal swab tests, which require a special swab to be inserted deep inside the nose, the saliva test simply requires a person to spit into a collecting container, which is a less invasive (and likely less painful) process. Moreover, the spit samples can be collected with any sterile container, the FDA said.

"We simplified the test so that it only costs a couple of dollars ... and we expect that labs will only charge about $10 per sample," Nathan Grubaugh, assistant professor of epidemiology at Yale School of Public Health, said in a statement. "If cheap alternatives like SalivaDirect can be implemented across the country, we may finally get a handle on this pandemic, even before a vaccine."

So far, studies of SalivaDirect have found that the test's accuracy is on par with that of nasal swab tests, the researchers said. An initial study of SalivaDirect was published Aug. 4 on the preprint server medRxiv, but the results have yet to be published in a peer-reviewed journal. The test can provide results in less than three hours, according to CNN.

Yale is not seeking to commericize the test, the statement said. Rather, the university will provide instructions for the test as an "open source" protocol, meaning designated laboratories could follow Yale's protocol to conduct their own tests, the FDA said. Labs could use a number of commercially available components, including common chemical reagents, to carry out the test.

The researchers say SalivaDirect could be scaled up quickly across the U.S. in the coming weeks.

Another advantage of the new test is that it avoids a testing step known as "nucleic acid extraction," which other COVID-19 tests require, the FDA said. This step requires special "extraction kits" that have run into shortages in recent months. "Being able to perform a test without these kits enhances the capacity for increased testing, while reducing the strain on available resources," the FDA said.

The FDA granted emergency use authorization for SalivaDirect on Saturday (Aug. 15). It is the fifth saliva test for COVID-19 to receive this authorization. Earlier saliva tests, such as one developed by Rutgers University researchers, require a special collection container to perform, Live Science previously reported.