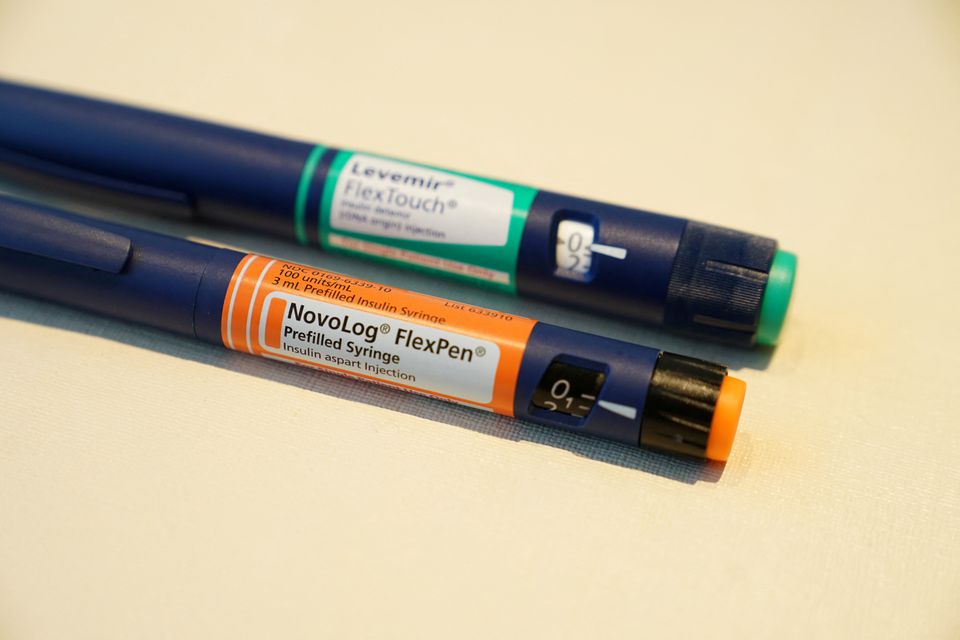 Jan 31 (Reuters) - More than 100,000 Americans died from diabetes in 2021, marking the second consecutive year for that grim milestone and spurring a call for a federal mobilization similar to the fight against HIV/AIDS.

The new figures come as an expert panel urges Congress to overhaul diabetes care and prevention, including recommendations to move beyond a reliance on medical interventions alone. A report released earlier this month calls for far broader policy changes to stem the diabetes epidemic, such as promoting consumption of healthier foods, ensuring paid maternal leave from the workplace, levying taxes on sugary drinks and expanding access to affordable housing, among other areas.

Jan 31 (Reuters) - More than 100,000 Americans died from diabetes in 2021, marking the second consecutive year for that grim milestone and spurring a call for a federal mobilization similar to the fight against HIV/AIDS.

The new figures come as an expert panel urges Congress to overhaul diabetes care and prevention, including recommendations to move beyond a reliance on medical interventions alone. A report released earlier this month calls for far broader policy changes to stem the diabetes epidemic, such as promoting consumption of healthier foods, ensuring paid maternal leave from the workplace, levying taxes on sugary drinks and expanding access to affordable housing, among other areas.

In 2019, diabetes was the seventh-leading cause of death in America and claimed more than 87,000 lives, reflecting a long-running failure to address the illness and leaving many more vulnerable when the COVID-19 pandemic hit, creating new hurdles to accessing care.

Since then, the nation’s toll from diabetes has increased sharply, surpassing 100,000 deaths in each of the last two years and representing a new record-high level, according to a Reuters analysis of provisional death data compiled by the Centers for Disease Control and Prevention (CDC). Diabetes-related deaths surged 17% in 2020 and 15% in 2021 compared to the prepandemic level in 2019. That excluded deaths directly attributed to COVID-19. The CDC concurred with the Reuters analysis and said additional deaths from 2021 are still being tallied.

"The large number of diabetes deaths for a second year in a row is certainly a cause for alarm," said Dr. Paul Hsu, an epidemiologist at UCLA's Fielding School of Public Health. "Type 2 diabetes itself is relatively preventable, so it's even more tragic that so many deaths are occurring."

In a new report, the National Clinical Care Commission created by Congress said that the United States must adopt a more comprehensive approach to prevent more people from developing type 2 diabetes, the most common form, and to help people who are already diagnosed avoid life-threatening complications. About 37 million Americans, or 11% of the population, have diabetes, and one in three Americans will develop the chronic disease in their lifetime if current trends persist, according to the commission.

"Diabetes in the U.S. cannot simply be viewed as a medical or health care problem, but also must be addressed as a societal problem that cuts across many sectors, including food, housing, commerce, transportation and the environment," the commission wrote in its Jan. 5 report to Congress and the U.S. Department of Health and Human Services (HHS).

The federal panel recommended Congress create an Office of National Diabetes Policy that would coordinate efforts across the government and oversee changes outside health policy. It would be separate from HHS and could be similar to the White House Office of National AIDS Policy, according to Dr. William Herman, commission chairman and a professor of internal medicine and epidemiology at the University of Michigan.

"We aren’t going to cure the problem of diabetes in the United States with medical interventions," Herman told Reuters. "The idea is to pull something together across federal agencies, so they are systematically talking to one another."

U.S. Senator Patty Murray, a Democrat from Washington who chairs the Senate health committee, helped create the commission in 2017 and said she is studying the recommendations closely.

"People with diabetes and other chronic illnesses were already facing challenges well before the pandemic hit, and COVID has only made these problems worse," Murray said in a statement to Reuters. "It is absolutely crucial to research and find solutions to better support diabetes patients and get them the care they need."

As Reuters reported last year in a series, diabetes represents a major public health failure in the United States. The number of Americans with the disease has exploded in recent decades, and their prognosis has worsened, even though spending on new treatments has soared.

The pandemic has proven especially deadly for people with diabetes. People with poorly controlled diabetes have at least a two-fold greater risk of death from COVID-19, according to the report. And diabetes and its complications are more common in low-income Americans and people of color, longstanding disparities that were further exposed during the pandemic.

Dr. Shari Bolen, a commission member and an associate professor of medicine at Case Western Reserve University and the MetroHealth System in Cleveland, said the staggering number of diabetes deaths is "disheartening but also a call to action."

The federal panel's report marked the first such review on diabetes since 1975. During that time, the prevalence of diabetes among U.S. adults has increased from 5.3% in the late 1970s to 14.3% in 2018, it said. Direct medical costs related to diabetes were $237 billion in 2017, and there was an estimated $90 billion lost to lower productivity in the United States.

High costs for doctor's visits, medications and supplies force many diabetes patients to forgo or delay routine care. Many patients and U.S. lawmakers have expressed outrage at the rising price of insulin, which type 1 diabetes patients must take their entire lives and which is sometimes required to keep type 2 patients’ disease under control. The commission endorsed proposals such as capping insulin price increases to the rate of inflation and government negotiation of drug prices.

Murray and other lawmakers have pushed for a provision in the Biden administration's proposed Build Back Better legislation that would cap the cost of insulin at $35 for many patients.

The commission also highlighted the risks of overtreatment in older adults with type 2 diabetes. Reuters wrote about that risk in November and how a drug industry campaign for an aggressive treatment target led to an epidemic of potentially lethal incidents of low blood sugar, or hypoglycemia. The panel asked federal health officials to track overtreatment among Medicare patients to "reduce the incidence of severe hypoglycemia and improve patient safety."

The commission said the United States should better promote the purchase of fruits and vegetables in food assistance programs and ensure mothers have paid family leave to aid breastfeeding, which can help reduce the risk of diabetes in mothers and is associated with a reduced risk of obesity and diabetes in children. The panel also recommended imposing taxes on sugary drinks that would raise their shelf price by 10% to 20% and using the revenue to expand access to clean drinking water and fund similar programs.

HHS deferred comment to Herman. In a statement, the CDC said the report's recommendations offer a detailed roadmap to "addressing rising health-care costs attributed to diabetes, and reducing racial, ethnic, and income-related disparities in diabetes outcomes."